When the author first met the artist and illustrator Judith Schermer, both were living in Philadelphia and both had two young daughters. They even shared a birthday! With so much in common, it was perhaps inevitable that they would decide to collaborate on these three children's books. There are a few outdated details - the plot of Little Sister hinges on the now preventable disease chicken pox, for example - but the illustrations are charming and timeless. These books make unique gifts! ​​ 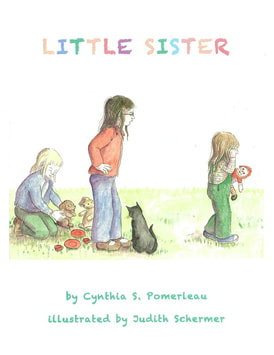 ​If your big sister can read, and ride a bike, and play the piano, sometimes it's hard to keep up, no matter how hard you try. And sometimes your big sister gets annoyed with you even when you're doing your best. But as Laurie found out when she got sick and couldn't play with her big sister Cathy for a few days, there were some things that she could do better than anyone else in the world.
​TheBookPatch, 2016 (copyright 1975) 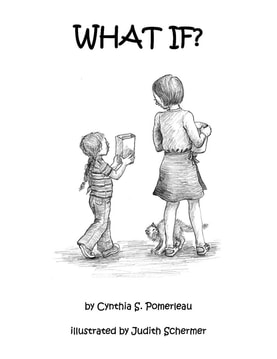 What If?
by Cynthia S. Pomerleau; illustrated by Judith Schermer

​What If? is the story of Abigail, a little girl with a big imagination. For some kids it would just be a trip to the grocery store to pick up some milk for Mom. For Abigail, it's an adventure where the ordinary can instantly become the extraordinary, where wild animals and circus performers mingle with the townspeople who populate her daily life.
​TheBookPatch, 2016 (copyright 1977) 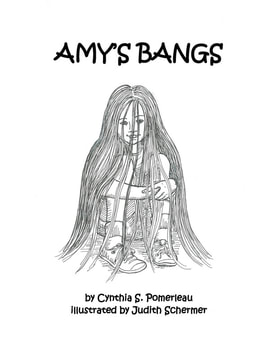 ​Amy's Bangs is about a little girl who loved her bangs - and the longer they grew, the better she liked them. She hated having her bangs cut so much that one day she decided she would never, never let anyone cut her bangs again. They grew so long that she disappeared behind them. A whole menagerie moved in to keep her company, and Amy couldn't be happier. Her mother and father and sister, however, decided to take matters into their own hands.
​TheBookPatch, 2016 (copyright 1978)